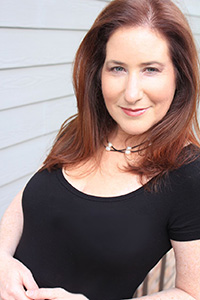 Liz Lazarus grew up in Valdosta, Georgia, known for its high school football and being the last watering hole on highway I-75 before entering Florida. She was editor of her high school newspaper and salutatorian of her class. Lazarus graduated from The Georgia Institute of Technology with an engineering degree and Northwestern’s Kellogg Graduate School of Management with an MBA. She went on to a successful career as an executive at General Electric’s Healthcare division. Later, she joined a leading consulting firm as a Managing Director.

Interestingly, Lazarus initially ignored the calling to become a novelist—instead, she tackled other ambitions on her bucket list: living in Paris and learning to speak French, getting her pilot’s license and producing a music CD. But, as she explains, her first book “wouldn’t leave me alone—it kept nudging me to write to the point that I could no longer ignore it.”

Though her first novel, Free of Malice, released in the spring of 2016, is fiction, the attack on the main character is real, drawn from Lazarus’ own experience. It portrays the emotional realities of healing from a vicious, physical assault and tells the story of one woman’s obsession to force the legal system to acknowledge her right to self-defense.

Reader response to Lazarus’ first novel was so encouraging that she embarked on a writing career, releasing her second novel in the spring of 2018. Plea for Justice is a thriller that depicts the journey of a paralegal investigating the case of her estranged friend’s incarceration. As she seeks the truth, loyalties are strained and relationships are tested leaving her to wonder if she is helping an innocent man or being played for a fool.

Her third novel, Shades of Silence, released in 2021, showcases the resilience of a woman faced with devastating loss, the unexpected friendships forged from tragedy and the recurring societal themes that confront every generation.

Lazarus lives in Atlanta and is engaged to fiancé, Richard. When not working, she enjoys reading, traveling and spoiling their cat, Buckwheat.